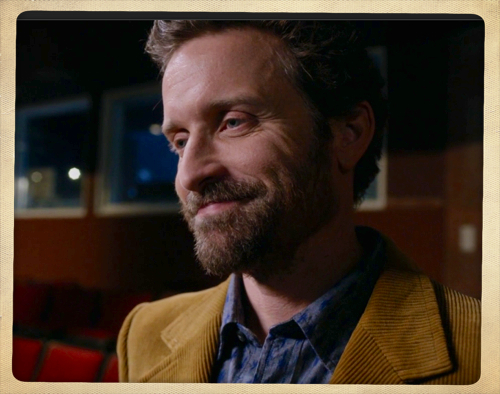 At the end of the Supernatural episode, “Fan Fiction,” play director Marie walks up to a figure standing in the back of the auditorium. Supernatural fans watched with bated breath, waiting to see who this figure was going to be. It turned out that the person that Marie was so excited to see was Chuck Shurley. Chuck is also known by his nom de plume, Carver Edlund. Long-time fans of Supernatural were thrilled to see Chuck, a beloved character who hadn’t appeared since the  Season 5 finale, “Swan Song.”

[This article makes reference to events and plot points that occurred in Seasons 4 and 5, and it refers to a character from Season 8.]

Chuck is the author of the Supernatural book series which Marie based her play on. We first met Chuck in Season 4, in the fantastic episode “The Monster at the End of this Book” (S04E18). Sam and Dean discover that someone has published a series of books based on their lives and their hunting experiences. They track down the author through a publisher who believes the boys are reporters. The publisher finally gives up Chuck’s address when the boys show their anti-possession tattoos as proof of their fan cred. When the Winchesters arrive at Chuck’s house, the author is very surprised to meet the two main characters from his fictional books. Chuck thinks he knows what it means:

Chuck: “Well, there’s only one explanation. Obviously I’m a god.”
Sam: “You’re not a god.”
Chuck: “How else do you explain it? I write things and then they come to life. Yeah, no, I’m definitely a god. A cruel, cruel, capricious god. The things I put you through—The physical beatings alone.”

Later, it’s revealed by Castiel that Chuck is actually a Prophet of the Lord and that the books he is writing will eventually come to be known as the Winchester Gospels. Which is still pretty impressive.

Dean: “This is the guy who decides our fate?”
Castiel: “He isn’t deciding anything. He’s a mouthpiece—a conduit for the inspired Word.”
Dean: “The Word? The Word of God? What, like the new New Testament?”
Castiel: “One day, these books—they’ll be known as the Winchester gospel.”

In “The Monster at the End of this Book,” Sam and Dean realize that Chuck has future information that may help them. Thus, in “Lucifer Rising” (S04E22), Dean and Castiel go to Chuck’s house to find out where Sam has gone. When the angels come for Dean, Cas stays behind with Chuck to give Dean time to find Sam. Though Chuck didn’t see Dean with Sam in his vision, Dean was still able to get to Sam, indicating that the boys can change what’s been prophesied.

Season 5: Tell us a Story of Good and Evil 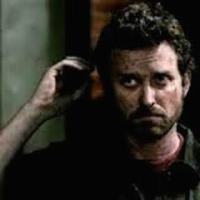 In Season 5, Chuck becomes even more important as we head towards the Apocalypse. In “Sympathy for the Devil” (S05E01), Sam and Dean arrive at Chuck’s door to find out if Castiel survived the wrath of the angels. The exploded angel material around the house (and in Chuck’s hair) doesn’t bode well for Cas. Later in the episode, Chuck gets around angel surveillance by passing a message to the Winchesters through Becky, a superfan of the Supernatural books who Chuck interacts with online:

Becky: “Look, Mr. Edlund… Yes, I’m a fan, but I really don’t appreciate being mocked. I know that Supernatural‘s just a book, okay? I know the difference between fantasy and reality.”
Chuck: “Becky, it’s all real.”
Becky: “I knew it!”

The next time we see Chuck is in the dystopian episode “The End” (S05E04). “The End” portrays a future scenario when the Croatoan virus, which we first saw in the episode “Croatoan” (S02E09), has taken over the Earth, and Heaven is losing the battle of the Apocalypse to Lucifer. This future version of the prophet Chuck is in charge of supplies.

Future Chuck: “Some free advice? You ever get back there, you hoard toilet paper. You understand me? Hoard it. Hoard it like it’s made of gold. ‘Cause it is.”
Dean: “Thank you, Chuck.”
Future Chuck: “Oh, you’ll thank me, all right. Mark my words.”

Chuck, and the metafiction genre that he’s often been a part of, became increasingly popular with Supernatural fans. This was in part due to the funny storylines involved in Chuck stories, but also because actor Rob Benedict plays the role of Chuck so well. In one of the funniest Supernatural episodes so far, “The Real Ghostbusters,” superfan Becky has organized a Supernatural convention with Chuck being the main speaker. In this episode, Sam and Dean get to take a look at themselves in a unique way. The Winchesters aren’t happy with Chuck for making their experiences further popularized. Chuck tells Sam and Dean that he has a publishing deal to put out more of the Supernatural book series.

Sam: “Why are you publishing more books?”
Chuck: “Um.. for food and shelter?”
Dean: “Who gave you the rights to our life story?”
Chuck: “An archangel, and I didn’t want it.”
Sam: “Well, deal’s off, OK? No more books. Our lives are not for public consumption.”
Chuck: “Do you guys know what I do for a living?”
Sam: “Yeah, Chuck, we know.”
Chuck: “Then could you tell me? Cause I don’t, all right? I’m not a good writer. I’ve got no marketable skills. I’m not some hero who can just hit the road and fight monsters, OK? Until the world ends, I gotta live, all right? And the Supernatural books are all I’ve got. What else do you want me to do?”

Though Chuck didn’t publish the rest of the books, in Season 8, “Pac-Man Fever” (S08E20), it’s revealed that Becky has released the unpublished Supernatural books on the internet. Charlie Bradbury, played by Felicia Day, has read the books online and refers to them as she analyzes the interactions between Sam and Dean.

“Swan Song” (S05E22) had been last time Chuck appeared in Supernatural, prior to “Fan Fiction,” though he’s mentioned in other episodes. Chuck is the narrator of “Swan Song,” telling the story of Sam and Dean through symbolic connections with the Impala. Chuck types the pages as the story continues. Dean calls Chuck to see what foreknowledge he has of the battle between Lucifer and Michael, but the only information Chuck has is where the final battle will take place. He shares this vital information with Dean. “Swan Song” ends as it began, with Chuck’s narration:

“So what’s it all add up to? Well, it’s hard to say. But me, I’d say it was a test. For Sam and Dean. And I think they did all right. Up against good, evil, angels, devils, destiny, and God himself—They made their own choice. They chose family. And well, isn’t that kinda the whole point?”

At the end of the “Swan Song,” we see Chuck dressed in white, reading the last pages of the book and drinking. We hear his final narration:
“No doubt—endings are hard. But then again…nothing ever really ends, does it?”
Then he smiles at the camera and disappears.

Chuck is a representation of Erik Kripke himself – the creator of the Supernatural universe. Chuck’s pseudonym, Carver Edlund, is a mash-up of writers Jeremy Carver and Ben Edlund. The implication is that just as they create the world of Supernatural, Chuck is similarly in the metaphorical role of creator. At the end of the Season 5 finale,”Swan Song,” Chuck vanishes. Since this was the last episode of Supernatural  Kripke was involved with, Chuck’s disappearance  seems fitting. Is Chuck the Prophet merely the creator/author of the Winchester Gospels or is he something more? The manner in which Chuck departs in the Season 5 finale has led some fans to speculate that Chuck is God.

No one has seen God in a very long time. In “Dark Side of the Moon” (S05E16), the angel Joshua tells Sam and Dean that God is walking the Earth. Joshua points out that God has intervened for them in many ways:

“God saved you already. He put you on that plane. He brought back Castiel. He granted you salvation in Heaven, and after everything you’ve done, too. It’s more than he’s intervened in a long time.”

Chuck has a connection to Mistress Magda, a woman he calls on a chat line, which appears to be a reference to Mary Magdalene. Jesus healed Mary Magdalene of demons, and later she was a witness to his crucifixion and resurrection.

But more than anything, it’s the way that Chuck, wearing white, disappeared at the end of “Swan Song” that raises suspicions that he’s God and had been helping the Winchesters to avert the Apocalypse for some time.

It’s a fun theory that we don’t know is true, but it was fantastic to see him in “Fan Fiction.” If this glimpse of Chuck in “Fan Fiction” is all we get, it will only increase the belief of Chuck being God. How great is a show where fans can debate whether one of the characters is actually God or not?

What do you think? Are you a Chuck fan? Do you believe that Chuck is God? Share your thoughts in the comments.

Get a custom-designed collectible Carver Edlund notebook with a donation of $25! These blank lined notebooks are in the style of the fictional novels by the also fictional author Carver Edlund from Supernatural. Notebooks are 5.5″x8.5″ digest-size, perfect-bound paperbacks. 214 pages. Use this  link to get the premium gift offer. Collect all four!

16 thoughts on “Who appeared at the end of Supernatural Fan Fiction?”