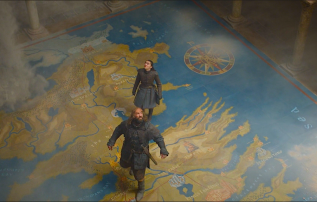 Sandor Clegane and Arya Stark in the Red Keep 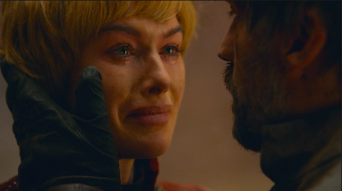 Greyworm sizes up the Golden Company 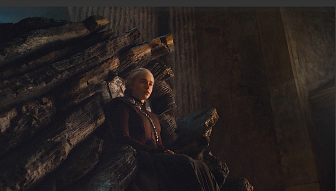 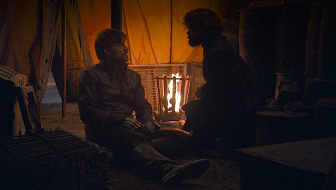 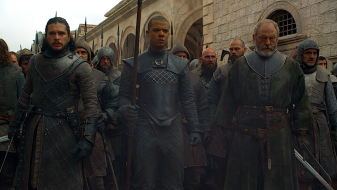 Cersei Lannister realizes she has lost the battle 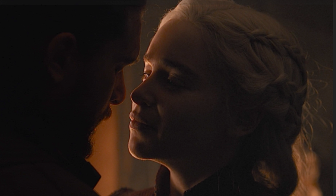 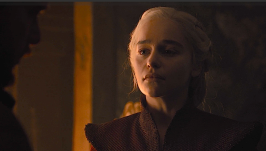 Daenerys tells Jon, “Alright then. Let it be fear.” 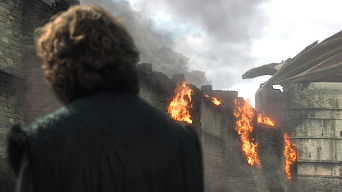 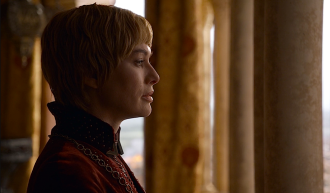 Drogon blasts through the gate of King’s Landing

Lord Varys’ scheming finally catches up with him 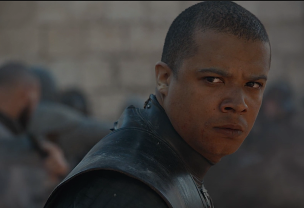 Greyjoy seeks his own vengaence

Varys tells Jon, “They say every time a Targaryen is born the gods toss a coin and the world holds its breath.”

Euron Greyjoy and the Iron fleet

Euron Greyjoy looks to the sky 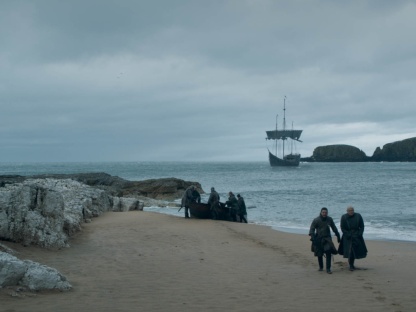 Lord Varys approaches Jon Snow when he arrives on Dragonstone

Drogon and Daenerys begin the fire bombing of King’s Landing

See our recap of The Bells here.