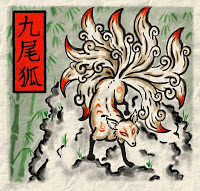 After aging for 1,000 years, a huli jing becomes a jiuwei hu (nine-tailed fox)

Accounts of foxes with supernatural powers have existed for millennia. The huli jing (狐狸精 húlijīng) is a fox spirit that arose out of Chinese traditions, predating the Japanese kitsune and Korean kumiho. Despite attempts to suppress the practice, the huli jing was venerated at household shrines throughout China for many centuries.

The fox can be a force of benevolence or malevolence, depending on its individual nature, thus the intentions of these mischievous creatures are suspect when they interact with humans. A huli jing may attempt seduction to steal human essence, curse those they seek vengeance against, reward worshippers with wealth, or provide sage guidance.

“Without fox demons, no village is complete.” —Chinese proverb END_OF_DOCUMENT_TOKEN_TO_BE_REPLACED

With “Ouroboros,” we’re just starting to put together some of the pieces of Teen Wolf’s Season 5 mystery. It’s a slow process that leaves us scared and confused, like the chimera creations of the Dread Doctors. Dr. Deaton, who took off to find answers in “Condition Terminal,” seems to be having better luck than us in figuring out what’s going on, and somehow the Desert Wolf is bound to play a part. Scott is desperate to rescue his friends, well Liam anyways, giving Theo a chance to play the part of the hero and strengthen his connection to the pack. While everything is falling apart, Sheriff Stalinski has decided to play good cop, much to the annoyance of the other adults in the supernatural secret club. “Ouroboros” gives us little respite from the Teen Wolf death count, but the good news is that the people we actually care about, and Hayden, survive.

END_OF_DOCUMENT_TOKEN_TO_BE_REPLACED

Season 5 of Teen Wolf continues with its horror movie vibe, using cliffhanger endings to keep us enthralled each week. “Strange Frequencies” opens moments after the end of the previous episode, “Required Reading,” and then ends with a big question mark as well. This is a gripping approach for future binge-watchers, but torture for those of us in the present, watching weekly. Oh, who are we kidding? We love the suspense. If Teen Wolf wants to keep us in the dark, we can live with it for now. “Strange Frequencies” adds to the mystery of Season 5, leaving us with more questions than answers.

END_OF_DOCUMENT_TOKEN_TO_BE_REPLACED

Do you love kitsune? So do we. The kitsune is a yōkai, a supernatural creature. This Japanese fox spirit is known for its mischievious behavior. Some kitsune are benevolent, while others act maliciously towards humans. All kitsune are secretive, so be careful not to stumble upon one. To read more about the kitsune, their abilities, and some of our favorite kitsune in popular American culture, read our Monster of the Week piece about these magical creatures.

END_OF_DOCUMENT_TOKEN_TO_BE_REPLACED

I was merely acting!

“A Novel Approach” gives us some outstanding acting by Dylan O’Brien. He is a shooting star and a huge part of what makes Teen Wolf so great. Jeff Davis had warned that an event in Episode 5 would create a rift between Stiles and Scott, but we didn’t expect it would be muuurder! Teen Wolf lets its supernatural flag fly with a visit to the special basement wing of Eichen House and an explosion of kitsune power. Eichen House reminds us of the bleak future of our pack, particularly when Lydia is eyeballed by the creepy needle-obsessed attendant we last saw in “Creatures of the Night.” In “A Novel Approach,” Teen Wolf takes us by the hand and starts leading us down the path to this unhappy future.

END_OF_DOCUMENT_TOKEN_TO_BE_REPLACED

In episode 3 of Teen Wolf we can’t help but wonder, “Who doesn’t know about the supernatural creatures in Beacon Hills?” After “Dreamcatchers,” not only do Liam’s best friend and worst enemy both know something’s up, but the entire Sheriff’s department and Lydia’s mom also learn that things are not what they seem. What’s the percentage of Beacon Hills residents with creature features? The Season 4 deadpool may have reduced the numbers, but the Dread Doctors seem determined to raise the count back up through their horrifying experimentation. In “Dreamcatchers,” we learn that their experiments are quickly discarded when the Dread Doctors feel they have outlived their purpose, though its not clear what that purpose may be.

END_OF_DOCUMENT_TOKEN_TO_BE_REPLACED 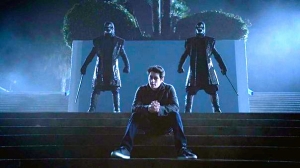 Teen Wolf has a devoted fan base, and for good reason, because it’s thrilling, funny, and engaging. Teen Wolf is about a group of friends who function as a pack, led by werewolf Scott McCall. With the support of each other and some helpful adults, Scott and his friends attempt to come to terms with their identities, supernatural and otherwise. The group comprises a variety of human and supernatural beings. Scott and his friends fight dangerous foes while going to school and living not-so-average teen lives. If you aren’t already watching Teen Wolf, here are some reasons to check it out. END_OF_DOCUMENT_TOKEN_TO_BE_REPLACED

END_OF_DOCUMENT_TOKEN_TO_BE_REPLACED

Kitsune is the first short film in a new series, Collisions Project, by Benedict Sanderson. A collision is described as “an event in which two or more bodies exert forces on each other for a relatively short time.” The first of these microshorts, Kitsune, stars Sagar Radia and a very compelling fox who has a brief, but meaningful, interaction with the young man. Kitsune are similar to wild foxes, except for their supernatural powers. Keep an eye for more microshorts from the Collisions Project at vimeo. Kitsune shows how just how significant just a few moments can be in a person’s life.

END_OF_DOCUMENT_TOKEN_TO_BE_REPLACED 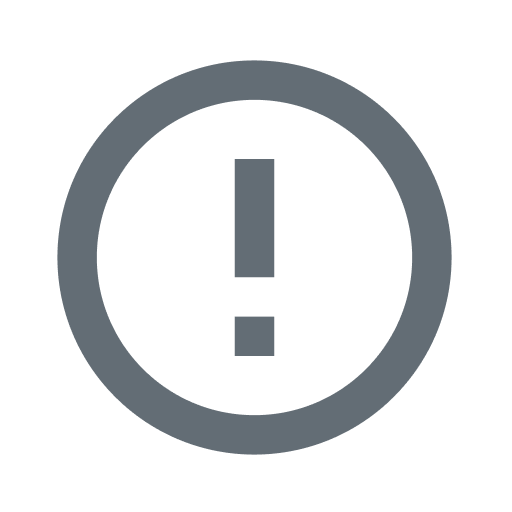 Kitsune are mischievious fox spirits. The term kitsune means “fox” in Japanese, but when used in English it refers to the mystical foxes of Japanese folklore. Kitsune are a type of yōkai, a creature with supernatural abilities. They are similar to the wild foxes found throughout the world, but for their magical powers. END_OF_DOCUMENT_TOKEN_TO_BE_REPLACED

Some content on this page was disabled on July 31, 2021 as a result of a DMCA takedown notice from Adam Gulkis. You can learn more about the DMCA here: