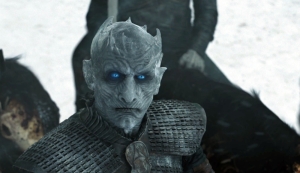 The army of the dead is marching on Winterfell. Not all the characters we have come to know and love on Game of Thrones will survive. With only four episodes left in the series, the Night King isn’t likely to bring endless night on Sunday, but it’s clear that not everyone gets out alive. Who is likely to die in Season 8 episode 3 of Game of Thrones? Here are our top picks. 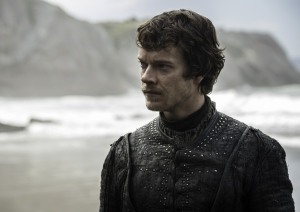 Few in Game of Thrones have had as rocky of a road as Theon Greyjoy (Alfie Allen). He’s never been a beloved figure, though has been a sympathetic one at times. His atonement began when he helped Sansa escape from Ramsay Bolton. He struggled to recover from the trauma inflicted by Bolton, eventually overcoming his conditioned fear response to rescue his sister Yara. Sansa Stark’s emotional reaction to Theon’s return to Winterfell reflects the connection they have as a result of the torture they both suffered. Theon’s redemption arc is peaking as he defends the Stark family he once betrayed. Sacrificing himself to save Bran Stark may be the best ending Theon Greyjoy could hope for. 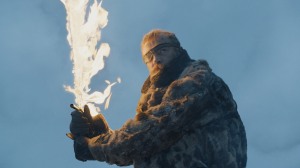 The Brotherhood without Banners is disbanded. Now that Thoros of Myr is gone, Beric Dondarrion (Richard Dormer) has no one to pal around with and exalt the Lord of Light. On the eve of battle, Beric finds himself with Sandor Clegane and Arya Stark, who hate him. The Lord of Light did bring Beric back from the dead six times, so he seems destined to have some significance in the battle to come. Beric’s focus is on defeating the dead, not who sits on the Iron Throne, indicating the battle with the White Walkers is where his story will end. When they traveled together beyond the Wall, Beric told Jon Snow that death is the enemy: “The enemy always wins. And we still need to fight him. That’s all I know. You and I won’t find much joy while we’re here, but we can keep others alive. We can defend those who can’t defend themselves.” Sounds like the words of someone not long for this series. Winterfell may be the last time we see Beric brandish his flaming sword. 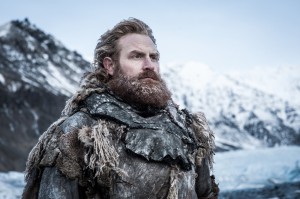 If any other Free Folk survived, we’re not sure where they’re at, but Tormund Giantsbane (Kristofer Hivju) represents them well. He’s been a fun character ever since we met him back in Season 3. He’s survived the Battle of Castle Black, Hardhome, the Battle of the Bastards, the sojourn beyond the Wall to capture a wight, and the attack on Eastwatch. Tormund’s love interest in Brienne of Tarth has brought some humor to the typically dark series. Whether you ship them or not, it’s still fun to watch Tormund’s awkward attempts to woo Brienne. Jaime Lannister’s arrival at Winterfell complicates matters because of Brienne’s feelings for the Kingslayer. One or both of her potential suitors seems likely to die, and after that comical milk-drinking incident, we can’t help but think it’ll be Tormund. His comment, “We’re all going to die, but at least we’ll die together,” foreshadows Brienne comforting Tormund on the battlefield as he draws his last breath. Let’s hope the writers have something else in store for Tormund because he brings us so much joy. 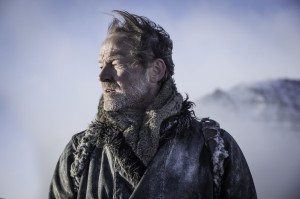 Ser Jorah Mormont (Iain Glen) has had a rough journey these eight not-so-long seasons. He is one of the more honorable characters in the series, though let’s not forget the slave trading that led to his expulsion from Westeros. Ned Stark, the man who had the most cred when it came to honor, was ready to have Jorah’s head for his misdeeds. This beloved character has had his ups and downs with Daenerys Targaryen, but it’s clear he’d do anything for his Queen. He might get the opportunity to make the ultimate sacrifice for Daenerys as battle approaches. Thanks to Samwell, Jorah now possesses Heartsbane, the Valyrian steel sword of House Tarly. The sword will allow him to fight the White Walkers, putting him in the midst of the action against some powerful foes. With Jorah accepting Tyrion Lannister as Hand and Daenerys being sweet on Jon Snow, it feels as through Jorah’s story is coming to a close. 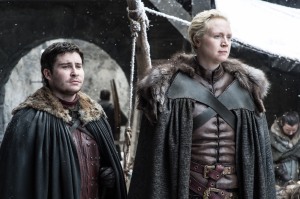 As Tyrion Lannister told Podrick Payne (Daniel Portman), “There has never lived a more loyal squire.” And he’s even become a decent fighter under the tutelage of Brienne of Tarth. The ladies of King’s Landing can testify to his other fine qualities. He is one of the few characters in Game of Thrones who seems earnest, honorable, and kind, which only further seals his fate. Podrick Payne may have sung his last song.

Which Game of Thrones character do you think is destined to die as the battle of Winterfell approaches? Tell us in the comments.

4 thoughts on “Game of Thrones Death Watch: Who will die in the battle of Winterfell?”