November 2017 can’t come soon enough for the Supernatural ʻohana. For the first time, a Supernatural convention will be coming to Hawai‘i. Expect to create lasting memories and maybe even some new best friends in beautiful Honolulu.The fandom is more than the sum of its parts because, as Dean tells Sam, “we’re better together than we are apart.” For those planning to visit the islands for the Supernatural convention, your trip can be an opportunity to learn more about the history and culture of the 50th state.

In local culture, ha‘aha‘a (humility) and aloha (warm regards and affection) are highly valued attributes. Expressions of aloha are reciprocated through respect, compassion, and warmth. Hawaiian culture is based on the ʻāina (land), which is meant to be revered and protected. 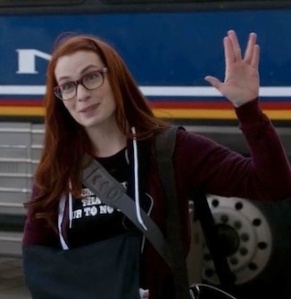 The term “Hawaiian” normally refers to those who are of Native Hawaiian descent (Kanaka Maoli). Though it’s technically correct to call anyone from Hawai‘i a Hawaiian, it’s not commonly used that way. Kama‘aina refers to someone who has lived in Hawai‘i a long time. Some businesses offer a discounted Kama‘aina rate to Hawai’i residents, but it’s only for those who have a Hawai’i state ID.

English is widely spoken in Hawaiʻi, though many place names come from the Hawaiian language. The Hawaiian language (ʻōlelo hawaiʻi) is made up of 13 letters including a glottal stop called an ʻokina. The kahakō (macron) appears only over vowels, and indicates the vowel should be held longer. Here are some tips for pronouncing Hawaiian vowels:

With Hawaiian words, every letter or dipthong is pronounced, so you don’t have to worry about letters being silent. Once you get the hang of it, it’s fairly straightforward. You can learn more about Hawaiian words here. Since the renaissance in Hawaiian culture and the introduction of immersion schools, the Hawaiian language is experiencing a resurgence.

As well as hearing standard English and Hawaiian, you’ll hear some local Hawaiʻi residents speak Pidgin. Pidgin is a creole English that mixes words from the various ethnic cultures of Hawaiʻi. If you want, you can learn some useful words before you visit, but if you don’t, you’ll be fine. Most folks will speak standard English when talking with visitors, but if someone uses a word you don’t understand, just politely ask. If you’re respectful and kind, people will respond with aloha.

Just as plantation culture had a significant impact on the language of Hawai‘i, it has also influenced food traditions. The melting pot of cultures in Hawai‘i has resulted in a varied local cuisine. The diversity of food in Hawai‘i is influenced by Polynesian, Asian, and European cultures. The many migrant groups who have come to Hawai‘i have helped establish a unique cuisine that incorporates some of the best traditions and often gives them a local twist. To learn more about local food see part 3 of this series – “Eat, Drink, and Make Merry.”

Travel Tips for Visitors to Hawaiʻi

In Hawai‘i we often describe directions as mauka (towards the mountain) and makai (towards the ocean). On O‘ahu, Ewa (referring to Ewa Beach on the southwestern part of O‘ahu) and Diamond Head or Koko Head are used in the Honolulu area to roughly describe east and west. The windward side of O‘ahu refers to the northeast side of the island, where it rains more often, while the sunnier south and west-facing side of O‘ahu is known as the leeward side. But don’t worry, maps abound and Siri will probably be telling you where to go anyway. Just don’t take her advice on how to pronounce Hawaiian place names.

Waikīkī is not the same as “downtown.” When you say “downtown” it refers to downtown Honolulu (the business district of O‘ahu), not Waikīkī (the tourist district). Downtown Honolulu is west of Waikīkī and Ala Moana, and it has some great historic buildings to visit. If you’re thinking of visiting downtown, see part 2 of our series – “Spooky and Mundane Things to do in Hawaii.”

If you’re talking to someone from Hawaiʻi and you find yourself starting a sentence with, “In the states we…,” stop yourself right there. Hawaiʻi is also a part of the States, just not part of the continental United States. The continental United States is generally referred to as “the mainland”or sometimes “the continent” in Hawaiʻi. When someone in Hawaiʻi asks you where you’re from, if you’re American don’t say “the US,” instead just share the city or state you’re from. Lots of friendly folks in Waikīkī will ask where you’re from, even if you live in Hawaiʻi, allowing you to share a little of yourself.

If you’re going into someone’s house, be sure to take off your shoes before you go inside. That’s just being polite. In Hawaiʻi the rubber slipper, more correctly pronounced rubbah slippah, is the footwear of choice. Don’t call them flip-flops, and certainly don’t refer to them as thongs! You can buy ’em everywhere and favorites include Locals, Uluas, and Surfers.

When you head back home, watch what you pack. Pele’s curse claims that those who take rocks or sand away from the islands will suffer bad luck until it’s returned. Though it’s believed this warning originated with a park ranger discouraging tourists from taking lava rocks, every year hundreds of visitors end up mailing packages of rock, sand, and other natural elements back to Hawai’i after they return home.

When packing for your return home, keep in mind that any luggage going to the US mainland has to go through a pre-flight agricultural inspection. Restrictions are placed on transporting fruit, plants, live snails, and other items that could spread hazardous insects and diseases to the mainland. You’ll see the agricultural inspection stations just outside of the check-in area so you can go through before you get into the line to check in to your flight. If you’re flying Hawaiian Airlines to the mainland, be aware they do things differently at Hawaiian terminal – print out your boarding pass first and then they do the agricultural inspection when you drop off your luggage. 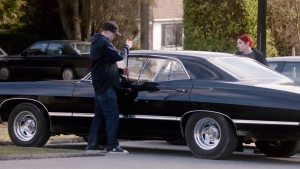 Theft happens in paradise. There’s much less violent crime in Honolulu than in comparable mainland cities, so don’t stress about Walt and Roy breaking into your hotel room while you’re sleeping. But be smart about your belongings. The car rental places aren’t kidding when they say not to keep any valuables in the car, even the trunk. Rental cars are easily recognizable and thieves target tourist destinations. Don’t leave your belongings unwatched on the beach when you go into the water either.

Be safe. Don’t swim or hike alone. If the beach signs warn the surf is dangerous, stay out of the water. If you’re watching big waves, stay back and watch out for rogue waves. Despite the best efforts of our amazing lifeguards, drowning is the leading cause of death for visitors to Hawaiʻi, not to mention the severe injuries like broken necks. Before you head to the beach, you can check the conditions here.

When hiking, check the weather, bring water, stay on designated paths, go early, and let someone know where you’re headed. Locals and visitors alike have gotten injured or lost when hiking, and in some cases fallen to their deaths. Get information about hiking safely in Hawai’i here. Definitely enjoy the beautiful beaches and amazing hiking trails we have here in Hawai’i—just be careful. Not everyone can come back from the dead.

When swimming or hiking, let the wildlife be. On some beaches you might see turtles or Hawaiian Monk Seals, but don’t touch or approach them. Though it’s amazing to see them, it’s illegal to disturb these marine animals. The same is true when swimming in the water. The Hawaiian Monk Seal is one of the most endangered marine mammals in the world. The green sea turtle (honu) is listed as a threatened species, and the hawksbill (ʻea) sea turtle is endangered. If you’re fortunate enough to be swimming when dolphins are nearby, the same is true—do not try to touch them. Not just because they’re protected, but because you could get hurt. It’s also important to avoid stepping on the coral reef, because it damages this living structure. Coral is an integral part of the entire ocean ecosystem.

Remember, as long as everyone wears sunscreen we’ll be fine. Well, Sheriff Jody wasn’t referring to sunscreen, but it’s also a necessary protection. Sunscreen is important not just because the sun’s ultraviolet rays cause cancer, but because you’ll burn and have to suffer with it the rest of your trip. Don’t just use sunscreen when you swim; use it anytime you plan to be outside. Get SPF 15 or higher, apply 15 minutes before you go out, and reapply every 2 hours, especially if you’re swimming or snorkeling (don’t forget your back). Even if it’s a little cloudy, you’re still at risk for sunburn. Hawaiʻi is closer to the equator than the places most visitors come from, and therefore the sun is much stronger. It’s not about the temperature; it’s about the UV radiation.

Hawaiʻi promotes a tobacco-free environment. In 2006 Hawaiʻi prohibited smoking in most public enclosed or partially enclosed areas, including restaurants, and in 2016 the ban was extended to e-cigarettes. There’s no smoking at bus stops or on public beaches in Oʻahu. Hawaiʻi became the first state to raise the minimum legal age to buy cigarettes, e-cigarettes, and other tobacco products from 18 to 21. Stores caught selling to those under 21 will be fined, and any minor caught purchasing or possessing such products can face fines and community service. The Department of Health provides a list of tobacco-related laws and regulations in Hawaii.

Hawaiʻi is one of the two US states that has no form of legalized gambling–no casinos, no lotteries, and no racetracks. Eh! You like throw dice, go Vegas! Speaking of sinful pastimes, despite what the ladies along Kalākaua Avenue might tell you, prostitution is not legal in Hawaiʻi.

Due to the high cost of living in Hawaiʻi, homelessness is a serious problem on Oʻahu. Since 2009 homelessness in Hawaiʻi has increased by 30 percent. About 25 percent of those experiencing homelessness struggle with severe mental illness, but for many people it’s an economic issue. Average monthly rent for a one-bedroom apartment is just under $2000 in Honolulu and things cost about 30 percent more than they do on the mainland because most food and other goods have to be shipped to Hawaiʻi. State and local regulations attempt to hide the homeless population by forcing people to areas tourists don’t visit, but you will inevitably see signs of homelessness while you’re in Hawaiʻi.

Be non-judgmental and compassionate. Random acts of kindness can positively impact the life any person, especially someone experiencing homelessness. Remember that most Americans are one paycheck or medical emergency away from becoming homeless. You can give to organizations that help those who are experiencing homelessness in Hawai’i such as Youth Outreach, the Institute for Human Services, Waikiki Health Center, and others.

In “5 Things to Know Before SPNHON 2017” we discussed weather, transportation, hotels, and the neighbor islands. “7 Spooky and Mundane Things to do on Oahu”  looked at ways you can spend your time in Oʻahu. In “Eat, Drink, and Make Merry” we discussed shopping, food, and entertainment on the island. As Sam Winchester says, “Nothing ever really gets deleted from the internet,” so feel free to jump back into the series anytime. Oh, and have an amazing time at the Honolulu Supernatural convention—we’ll see you there!

If you want to read more articles about Supernatural and other spooky shows, and our Monster posts, by subscribing or following us on Facebook, Twitter, Tumblr, Instagram and Google+.