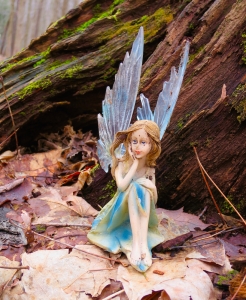 Chautauqua County in Western New York is home to old growth forests, beautiful lakes, and enchanted footpaths. Lily Dale Assembly has all of this and more. The long-standing community of Lily Dale is dedicated to understanding the science, philosophy, and religion of Spiritualism. Just past the Fox Cottage Mediation Garden, on the eastern edge of Lily Dale Assembly, is a woodland path known as the Fairy Trail. Here you can enjoy a peek into the unseen world while walking through a beautiful woodland. 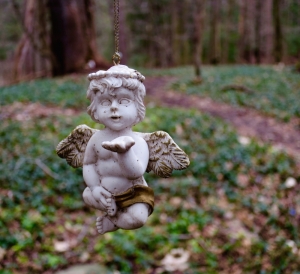 The trail winds through the woods, heading downhill towards a picturesque pond. Walking through the old forest, expect to see tiny figures peeking out from the leaves. All along the woodland footpath, you can see fairies, angels, tiny houses, and a host of ornaments.

The Fairy Trail is a relatively recent phenomenon at Lily Dale. The Spiritualist community was founded in the 19th century and has a rich history. The woodland fairies and their angel friends that reside in the woods east of Lily Dale gained notoriety in the 21st century as more and more figures appeared on the trail. The path can be enjoyed year round, though during the winter many of the magical figures may conceal themselves in the snow.

In this series, we explore different facets of Lily Dale Assembly and Spiritualism: