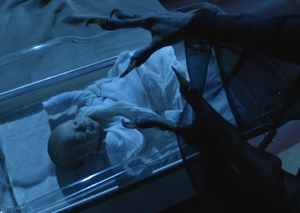 “The Saint of Last Resorts” is the first half of a two-episode story. The second half will air in its new 8pm time slot on Friday, January 16, 2015. There are a lot of references to new groups and creatures, so a little explanation of terminology may be in order. 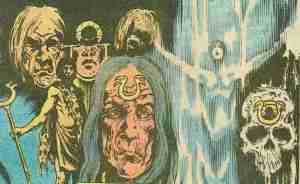 •Brujeria: The Brujeria are members of an ancient coven of warlocks from South America. They are incredibly evil, and for centuries have worked toward the goal of destroying Heaven and unleashing powerful entities of greatest malevolence upon the earthly plane in pursuit of that goal. The Rising Darkness is not just facilitating their plans—the Brujeria are in fact the actual cause of the Rising Darkness. They are that powerful and malicious. The Brujeria’s “central committee” is called The Council of the Cave, the members of which are under the protection of a monster of their own creation: the invunche. END_OF_DOCUMENT_TOKEN_TO_BE_REPLACED