Season 8 of Game of Thrones is the beginning of the end, with only six episodes left in this sweeping series. Having given viewers some of the most impressive special effects, beautiful backdrops, and beloved characters ever seen on screen, Game of Thrones has created intense anticipation and speculation regarding the series end. Many of the complex storylines which took place throughout Westeros and Essos have come together, yet the resolution of overarching narratives has yet to be revealed.

Game of Thrones is based on George R.R. Martin’s A Song of Ice and Fire books. Part of what drew readers to the books is what keeps television fans engaged—rich world-building. Flawed characters with complex stories exist within a cultural panorama. Many of these characters die along the way. Those who survive grow and change through their experience and interactions with others while traversing the extensive landscape. At times it’s been hard to keep track of all the people, places, and things in Game of Thrones, though time, attrition, and intersecting storylines has helped make it more manageable. Here is some of what viewers can anticipate in Season 8 of Game of Thrones. 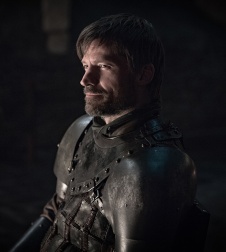 Game of Thrones has a lot to say about family, whether it’s parents sacrificing [for] their children, siblings vying for power or recognition, or displays of love between family members. There’s also a fair amount of outright murder that goes on among families in Game of Thrones—patricide, fraticide, fillicide, and infanticide. The connections between family members in Game of Thrones have also led to incest. Marriage between a brother and a sister has a well-established history among Targaryens. Their goal was to exert greater control over dragons, though interbreeding  led to insanity among some of the Targaryens.

The war between the living and the dead is well on the way, but it’s not just the White Walkers that Daenerys Targaryen and Jon Snow will have to deal with. 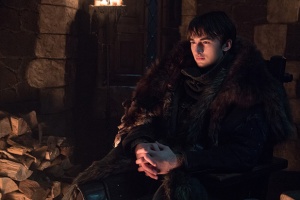 After periods of separation due to war, duty, betrayal, and self-exploration there have been many opportunities for characters to reunite. Some have been touching (Sansa Stark and Jon Snow), while others have been humorous (Tyrion Lannister and Lord Varys). When characters have seen each other again after a period of absence, the moment can also be filled with sadness (Jon Snow and Rickon Stark) or retribution (Sansa Stark and Ramsay Bolton). There are still a few reconnections we hope to watch in Season 8.

Season 8 will answer the many questions we still have after seven seasons. Expect some unexpected reveals, as layered complexity is the bread and butter of Game of Thrones. The extra time spent writing and filming the final season is certain to create a memorable end to this fantastic series. We look forward to beginning our final journey with Game of Thrones.

One thought on “Game of Thrones: What to expect in Season 8”