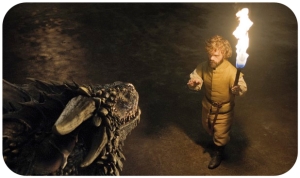 In “Home,” Game of Thrones gives us an episode packed with intense moments. “Home” brought us full circle, giving us birth, death, and resurrection. Some moments we’d been hoping for, while others took us by surprise. As it led us all over the world of Ice and Fire, “Home” managed to take our breath away several times over. 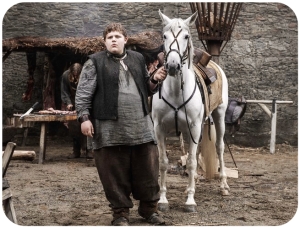 Young Hodor was a different man

The episode explored the  meaning of “home” as it related to various Game of Thrones characters. On their journey to the Wall, Theon Greyjoy (Alfie Allen) tells Sansa Stark (Sophie Turner) that he will not join them—instead he will go home. Presumably, he means his birthplace in the Iron Islands, but he could also mean his childhood home of Winterfell. Will going home allow Theon to find acceptance, vengeance, or something else?

Bran Stark (Isaac Hempstead Wright) is visiting past moments of his ancestral home. He wants to linger in the warm, family-oriented visions of Winterfell, telling the Three-eyed Raven that he wasn’t drowning in the memories, but was home. Bran reconnects with the Winterfell that was, just as his sister Sansa is escaping the existing plight of their family home and all that she has suffered since her return there.

Ramsay Bolton (Iwan Rheon) takes bold action, killing his father Roose (Michael McElhatton), stepmother (Elizabeth Webster) and baby brother to consolidate his claims on his new home. Yet Winterfell will always be considered the home of the Starks, the true Wardens of the North. Ramsay will lose legitimacy among Northerners without Sansa because it’s believed that there must always be a Stark at Winterfell. The Boltons are reminded of this by Lord Karstark, who warns them, “Your hold on the North will never be secure as long as a Stark can walk through that door.”

Meanwhile, the Lannister family is struggling to hold on to their own power in King’s Landing. Despite being rulers, they have been cast out of their home, in a figurative sense, by the Faith Militant. The High Sparrow even threatens to rearrest Cersei if she leaves the Red Keep.What was once a home has become a prison.

In Meereen, Tyrion Lannister (Peter Dinklage) strives to make a new home for himself, creating unexpected and powerful connections when he reaches out to the dragons. In Braavos, Arya Stark (Maisie Williams) has a chance to return to what has become her home—The House of Black and White. The biggest homecoming of them all is the resurrection of Jon Snow (Kit Harington).

The Cycle of Life

We don’t see a lot of births in Game of Thrones—at least ones that don’t involve shadow babies. What we do see is an awful lot of bad parenting. It makes us grateful for the low birth rate. From Cersei Lannister (Lena Headey) manipulating her children for her own power, to the ever-present threat of disinheritance, to Stannis Baratheon sacrificing his daughter to the Lord of Light, Westeros abounds with questionable childrearing decisions.

On what would be a happy occasion in most families, the birth of a son, Ramsay Bolton only sees threats to his power. The result is a series of deaths, with Ramsay first stabbing his father, Lord Bolton, then, horribly, locking Walda and the newborn in with the hounds to be torn apart. We wouldn’t have been surprised if Roose had planned to take out Ramsay himself at some point after the birth of his new son. Even Roose could see how dangerous Ramsay was, though in the end Roose underestimated Ramsay. Just when you think Ramsay Bolton can’t get any worse, he reaches a new low.

As well as birth and death, Game of Thrones is rife with rebirth. Yet bringing back the dead has had mixed results. The wights are examples of zombie-like creatures reanimated from the dead. The moment in “Hardhome” when the Night’s King reanimated the thousands of battle dead created an unexpected moment of true horror.

Magic was used to bring Khal Drogo back, but the witch who created the spell ensured that he returned in a vegetative state. The Mountain has been resurrected by Kyburn in a lab, though the quality of his physical and cognitive condition isn’t clear. An example of successful resurrection was Thoros of Myr restoring Beric Dondarrion to life multiple times with the power of his faith. Though Beric said that he lost a little of himself with each return, he came back remarkably aware and healthy.

Melissandre’s revival of Jon Snow appeared similar to the resurrection by Thoros of Myr. Despite the self-doubt she was experiencing, Melissandre was able to bring Jon back from death. Perhaps it’s the power of the faith Davos Seaworth has in Melissandre that helps her magic to work. It’s also likely that there’s something special about Jon that holds the key to his rebirth.

Though David Benioff and D.B. Weiss receive the writing credit for about 70 percent of the series episodes, there are a handful of writers who are primarily responsible for a few episodes each year. Dave Hill (“Sons of the Harpy”), who wrote “Home,”has been involved with Game of Thrones since 2012. 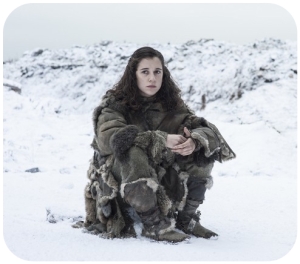 “Home” is based on a powerful script. Amidst the various threads, there were a lot of big moments, including the return of Bran, the death of Balon Greyjoy, Ramsey’s horrific murders, Tyrion unchaining the dragons, and the resurrection of Jon Snow. Hill managed to find a good balance between all these stories. He took a brief approach with the slower narratives that sometimes drag, such as Braavos. Instead, he devoted the beginning and the end of “Home” to Castle Black, where the continuation of the story was most eagerly awaited.

Game of Thrones has developed a pattern of having each director helm two episodes in a row during a season. This helps with continuity in a sprawling series that involves extended set pieces. “Home” was directed by Jeremy Podeswa (“Kill the Boy,” “Unbowed, Unbent, Unbroken,” and “The Red Woman”), who joined Game of Thrones in Season 5. Podeswa helped enhance a strong script by drawing out the moments of tension. 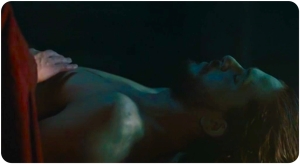 The suspense is killing him

Even if you were one of the many who assumed Jon Snow was coming back, the way the scene played out created suspense. First Tormand, then Melissandre, then Ed, and finally Davos leave Jon’s body. Our hope diminishes with each exit. More time passes and we begin to lose faith ourselves. We’d almost given up all hope when Ghost finally looks up, followed by Jon taking a breath.

After the shock of Ramsay killing Roose, Podeswa draws out the moments to follow. Ramsay asks Walda if he can hold his brother, and we all scream at the TV expecting him to immediately kill the child. Instead, he leads Walda and her baby to the kennel, where the scene continues to horrify us. We know he’s going to kill them, and we feel the extended terror as we wait to see how he will carry out this unspeakable act.

As well as quality writing and directing, Game of Thrones benefits from outstanding actors. The face-off between Jaime Lannister (Nikolaj Coster-Waldau) and the High Sparrow (Jonathan Pryce) accentuated the skill of both actors. Amidst all the action, we were moved by emotional moments between characters, including the scene with Cersei and her son Tommen (Dean-Charles Chapman), and the moment in which Theon Greyjoy (Alfie Allen) tells Sansa Stark (Sophie Turner) he must leave. The story that Tyrion Lannister (Peter Dinklage) told about crying when he learned that all the dragons were dead created a strong emotional anchor within a tense and dramatic scene.

Not so happy family reunion for the Greyjoys

“Home” gave us more than we asked for—more than we even knew we wanted. Even an incredible moment like Tyrion meeting the dragons became just one of the great scenes in this strong episode. “Home” gave us what we love about Game of Thrones—dramatic tension, interesting character development, action, and a little bit of humor.