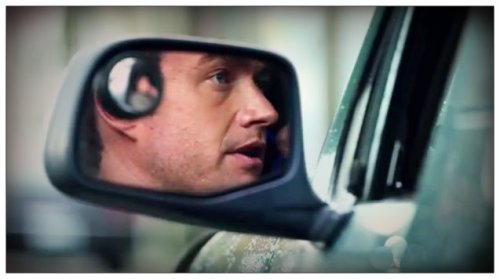 It looks as if iZombie has been renewed by the CW for a second season. Good news for viewers—the show grows more interesting every week.

We continue to see Major striking out on his own in his attempt to find the lost kids. He follows the “Candyman” (ex-drug dealer, now zombie lackey, Julien dupont) to a tanning salon, and breaks into his car, where he finds (along with hair dye and hot sauce) a Tupperware container of brains. This is a big turning point in the story, as Major has stepped onto the real trail of what’s happening in zombie-infested Seattle. Sadly, the episode concludes with Major in jail for the car break-in, and with some tough guys put in the cell with him specifically as punishment by the police. They are irritated that Major, having gotten no help with the missing kid situation from the law, has now joined with a reporter, who with Major’s help gets Babineaux on tape saying that the police are likely to keep dragging their feet.

We also see some action from zombie Lieutenant Suzuki for the first time. When a police task force goes after a couple responsible for some kidnappings, Suzuki goes into the house alone and takes them both out with red-eyed zombie vengeance. We later learn that he has also moved a bunch of remains from wherever Blaine was keeping them to the couple’s property to make it look like they were responsible for the abductions and deaths of the missing teens. As Suzuki killed both suspects, it seems like a good plan—but the lieutenant is growing increasingly uneasy with being under Blaine’s thumb.

Suzuki now realizes that Liv is also playing for Team Z—as we noted last week, she’s pretty much the only zombie on the show that looks the part, and the other zombies she’s met so far have all recognized a fellow revenant on sight. Suzuki also noted that she appeared to have been shot in the raid on the house, but didn’t bleed much or seem to be injured.

Liv’s mother Eva and brother Evan also appear in the episode. Liv’s mom is apparently a hospital administrator. Liv’s maternal behavior serves to have her taking her mother’s side in goading young Evan into getting a job, which could be bad news for Evan if he goes to work as a delivery boy for Meat Cute.

Liv’s new boyfriend what’s-his-name (OK, his name is Lowell, but we can’t seem to ever remember it—even when someone mentions him by name, our first thought is always, “who?”) is still around, but he seems to have eaten the brain of a gay scientist, so he’s just not that into girls this episode. But he and Liv still manage to have a cute gay drunk-dancing date with the help of Lowell’s cocktail-making skills. Lowell also gets a tour of Ravi’s zombie research lab (the supply room of the morgue), where by the end of the episode we see a freshly-zombified rat munching on all of the other lab rats.

There are a lot of over-arching plot points being steadily developed throughout this short first season: Blaine’s evil charcuterie and its ties to the Seattle PD, Major’s further involvement in zombie-related events, and the mysterious background and properties of the Max Rager energy drink and the drug Utopium, to name a few. There’s sure to be plenty of intrigue, hilarity and carnage to support a second season.