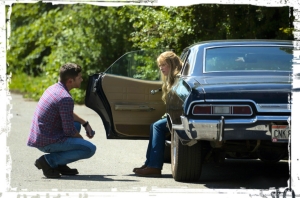 We’ve been watching Sam and Dean Winchester saving people and hunting things for over a decade. Supernatural has kept us engaged through 11 seasons by giving us great stories and characters that we connect to emotionally. This beloved CW series was built with epic monster tales, but its foundation is family. Season 12 will be helmed by new co-showrunners Andrew Dabb and Robert Singer, who have both been involved with Supernatural for many years. They’re planning on bringing viewers back to the basics with the return of Mary Winchester, a focus on smaller stories, and the search for Lucifer. Oh, and monsters, lots of monsters. 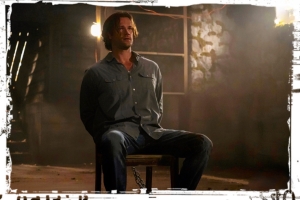 The Return of Mary Winchester 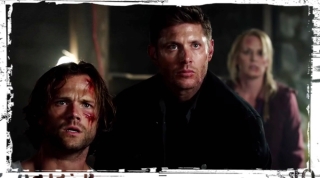 Bringing back Mary Winchester (Samantha Smith) shows us not only more about her relationship with Sam (Jared Padalecki) and Dean (Jensen Ackles), but their relationship to each other as well

Dean Winchester (Jensen Ackles) received what he needed most as a parting gift from Amara—to have his mother back. This interesting twist should bring new depth to the Winchester family dynamic. Though Mary Winchester (Samantha Smith) is their mother, she’s a stranger to them in many ways. Dean was four when Mary died, and Sam was only a baby. As Sam pointed out in “Dark Side of the Moon,” he never had a mom to cut off the crusts of his peanut butter sandwiches. As we’ve seen over 11 seasons, family can be both a strength and a weakness for the Winchesters, so Mary’s return could present some risks.

There’s a lot for Mary Winchester to get used to. It’s 30 years later, the man she loved has died, and her sons have grown up to be hunters—something she never wanted for them. Mary was raised a hunter as well, and she may bring something new to the fold. At San Diego Comic-Con (SDCC), Andrew Dabb shared that viewers will get to learn a little more about Mary’s past. He noted, “The story’s always been once Mary married John and settled down she stopped hunting, but we’re going to find out maybe that’s not the whole story.” 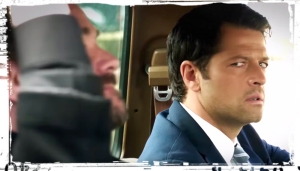 Lucifer was ejected from Castiel’s vessel in the penultimate episode of season 11. In Season 12 he’ll be trying to find a new vessel. Lucifer finds himself in the body of an aging rock star played by actor/musician Rick Springfield. After having resolved the conflict with his father, Lucifer just wants to have some fun.

Castiel (Misha Collins) and Crowley (Mark Sheppard) both want to find Lucifer. Castiel feels responsible for letting Lucifer out of the cage, while Crowley is focused on revenge. Crowley’s connection to Rowena (Ruth Connell) remains, and she will be needed if they hope to lock Lucifer back in the cage.

Season 12 will emphasize smaller stories reminiscent of earlier seasons, with the Winchesters focusing on hunting monsters. At SDCC, Dabb revealed, “We feel like our core monsters are our best monsters, so werewolves, vampires, things like that—shapeshifters, demons, angels. And for us, it becomes less about the monster and more about the conceit and more about the role.” In another SDCC interview, Robert Singer shared a similar perspective:

“We do our best, I think, when you take monsters that the audience knows about and then you give them personalities, and you put a different spin on them. Erik Kripke used to say that every villain is the hero of his own story and that’s something that we try to do, to give them a story as well. And that’s something that has worked for us best, for the whole 5, 6, 7, 8, 10, 11 years we’ve been on.”

With the back-to-basics approach, Episode 3 will be a ghost story, while Episode 4 brings psychics into the story. The Thule Society, the Nazi necromancers introduced in “Everybody Hates Hitler,” will return in Episode 5. They’ve enacted their master plan, leading Sam and Dean to have to fight Hitler. As far as other stories, Dabb revealed to EW that towards the middle of Season 12, viewers will have the chance to learn more about Castiel’s past through a series of stand-alone episodes. 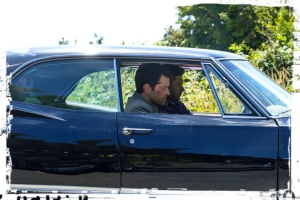 The focus on hunting in Season 12 will introduce viewers to new hunters, and show viewers more about hunter culture. Andrew Dabb told EnStars, “In Episode 6 we’re going to see something we’ve essentially never seen before, which is a hunter’s wake. We’re going to get some ideas in terms of how [Sam and Dean] are viewed by other hunters, how they view other hunters. Again, it’s all about building on this world that we have talked about for many years and we explored at some points with the Roadhouse and things like that, but it’s not something that we’ve dived heavily into for a while.”

Fan Favorites to Return in Season 12 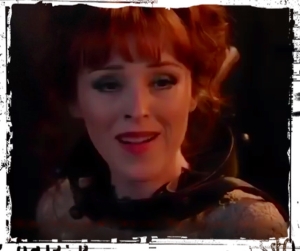 There’s no word if Jim Beaver will reprise his role as Uncle Bobby Singer. Though we’re hopeful he will, since the actor has managed to appear in all 11 seasons of Supernatural despite his character’s death in season 7. Many fans have wondered if the Winchester’s half-brother Adam Milligan (Jake Abel) will ever escape the Cage, but so far there’ve been no announcements about his return.

The CW has moved Supernatural to Thursday nights. The Season 12 premiere, titled “Keep Calm and Carry On,” will air at 9/8c on Thursday, October 13th.

Season 12 sneak peak, “A World of Hunters” for Season 12, with commentary by members of the show.

10 thoughts on “Supernatural: What to Expect in Season 12”